Exciting things for everyone to do in Germany

Neuschwanstein Castle, Cologne Cathedral, the Zwinger Palace in Dresden, Bremen's famous Town Hall - Germany is much more than that. And has so much more to offer: stroll along Munich's Viktualienmarkt or Hamburg's fish market. Meet people, young and old, at festivals, during sports or at the Biergarten. Visit events like the Rock am Ring festival, the Love Parade or the Octoberfest. Relax on hikes through heath and moorlands or woods. See architecture that ranges from timber framing to Bauhaus. Experience culture in theatres, open air museums or concert halls. Head to the Black Forest or the Harz National Park to take in the majestic trees, or soak up the sun on Germany’s northern coast or on one of the country’s many lakes such as Lake Constance. There is something for everybody.

What do German cities offer in terms of culture, nightlife, shopping and restaurants? Information on a few selected German cities and accomodation in the lokal Youth Hostels can be obtained here:

The Aachen region has its roots in its great European past; Aachen is the city of Charlemagne, it was the first capital of an empire with European dimensions. Today, excavations from Roman times, historic castles and a spa tradition that stretches back to the Middle Ages give testimony of this history.

Berlin's cultural programme is amazing: three opera houses, over 150 theatres and stages, over 170 museums and art collections and over 200 private galleries. In addition, the capital is host to numerous top acts, artists and bands - nearly 1,500 events are on Berlin's cultural calendar every day.

Bremen, home of the world famous Town Musicians, puts itself on the map as the pulsating, radiant heart of North West Germany. A popular hive of heritage, science, high technology and space industry keeps it going at a breathtaking pace. The 1,200 year old Hanseatic city has a very special quality, providing a metropolitan experience like no other.

The spires of Cologne Cathedral tower over Germany's oldest city, that prides itself in its 2,000 years of history, its innumerable cultural and historical treasures, its world-famous museums and bustling art scene. The world feels at home in Cologne, where people meet for a glass of Kölsch, a chat, or simply a laugh. Life in Cologne is uncomplicated and vibrant - not only during Carnival.

Dresden - often dubbed "Elbflorenz" (Florence of the Elbe) - offers a great variety of attractions. No book about the history of architecture can miss mentioning the Dresden Zwinger. The Frauenkirche church, Semper Opera House and Royal Palace as well as many other historical monuments and ensembles determine the image of the city. There is a lot to discover in Dresden.

Erfurt's medieval heart is one of the best preserved in Germany, a delightful blend of wealthy patrician townhouses and lovingly restored half-timbered buildings, overlooked by the towering steeples of St. Mary’s Cathedral and the Church of St. Severus. The Merchants’ Bridge is Europe’s longest inhabited bridge. But Erfurt is also the focal point for a rich cultural tradition that has evolved over the centuries. Originally marking the crossroads of key trading routes, it is a university city with a fascinating history, a magnificent cathedral and important connections with Martin Luther.

Frankfurt on the Main

Almost one in three people that live in Frankfurt do not hold a German passport. No matter where visitors come from, they will always meet people in Frankfurt who speak their language and find a restaurant that serves their favourite food. The open and hospitable atmosphere in Frankfurt stems from its centuries-old role as a trading centre with a liberal and democratic tradition.

The most memorable things about Hamburg are probably the city's stunning location on the Elbe and Alster rivers, the colourful activity in the St. Pauli entertainment district, unforgettable musicals, a night at the theatre, Michaelis Church or the impressive harbour. Hamburg, 1,200 years old, is loved both for its lively scene and its cultural offerings.

A modern city, a state capital with groundbreaking architecture and a model infrastructure, surrounded by idyllic little towns and villages – this is Hanover, city of the world exhibition Expo 2000. Some 40 different theatres, numerous museums and a world-famous State Opera hold out the promise of thrilling moments, experienced at a top-class performance. But the Royal Gardens of Herrenhausen, a great variety of sporting events, open air concerts, fairs and popular festivals are equally attractive.

Heidelberg is a charming city. Steeped in tradition, this town is home to seemingly contrasting worlds - which makes it exciting and keeps it young at heart. And there is hardly any other similar size city in Germany that offers such a diverse and extensive cultural scene as Heidelberg.

The biggest natural phenomenon in Kiel is the Fjord with its beaches. The view of the city from the sea, with its port installations, the giant passenger ferries, and the enormous gantry cranes in the shipyard – that is typical of Kiel. A particular highlight in the annual event calendar is the Kiel Week –the biggest sailing event in the world, a forum for business and political meetings, and the biggest summer festival in Northern Europe, all at once.

Leipzig is a music city. Bach, Mendelssohn-Bartholdy and Schumann worked here and Leipzig is the home of the Gewandhaus Orchestra. Furthermore, The Leipzig fair - also known as the "mother of all trade fairs" - celebrated its 500th anniversary in 1997. It received the "Imperial Right to Hold Trade Fairs" in 1497.

Lübeck used to be the capital of the Hanseatic League and was often called "Queen of the Hanse". When the people of Lübeck purchased the city of Travemünde in 1329, they had no idea that it would, one day, become a large ferry port and a seaside resort with one of the richest traditions on the Baltic Sea. Behind the 100 year old swing bridge, against the picturesque backdrop of Lübeck's old town, there lies the home port of a large number of historic sailing ships, many of which are still in use today.

With a rich and colourful history, Magdeburg is one of the oldest cities in the new Laender of the former East Germany. The 1,200 year old capital of Saxony-Anhalt, which was first mentioned in an official document in 805, has become a cosmopolitan city whose rich and colourful past never fails to surprise visitors. Magdeburg Cathedral and the Monastery of Our Blessed Lady are among the many historically important buildings.

The city of Munich has a great deal to offer for people of all ages and tastes. Whether you are interested in history, architecture or art; whether you fancy a stroll through the parks or a trip to the Bavaria film studios, or prefer a visit to one of Munich's famous traditional beer gardens, you will always find something exciting to do in this city of many faces.

Nuremberg is a lively city with about half a million inhabitants and a visible history of almost one thousand years. Nuremberg is the city of inventive spirit - innovativeness and the researchers' curiosity are at home here. Nuremberg is an open, tolerant city and offers an excellent quality of living at the heart of a European metropolitan region with 2.5 million citizens.

The Hanse Sail (a sailing event with about 1 million visitors), numerous regattas and sports events, markets and festivals in the Warnemünde and other districts feature in Rostock's calendar of events every year. Rostock, the largest city in Mecklenburg-Vorpommern and its commercial and cultural centre, is a popular travel destination, not only during the summer months. A former member of the Hanseatic League, the city has managed to preserve much of its original charm.

Charmingly situated in the heart of one of Germany's largest wine-growing regions, the state capital of Baden-Württemberg delights tourists not only by virtue of its magnificent panorama, its impressive gardens and parks, fine squares, splendid palaces and buildings in a wide range of architectural styles, but also by its cultural diversity.

"Here, you feel as grand and free as the wondrous nature before your eyes" - Goethe's words still ring true today and are a perfect description of what awaits visitors in and around Weimar. It offers beautiful scenery, including seven landscape parks and numerous historical gardens - many of which are included on the UNESCO World Heritage list. It's no surprise that Weimar's theme for the year is "Weimar, the city of parks and gardens".

The highlights in Würzburg are the Würzburg Residence, a UNESCO World Heritage site, the medieval fortress Marienberg, the historic town hall building and the Romanesque cathedral “St. Kilian.” Enjoy breathtaking views of the Marienberg fortress, the pilgrim church "Käppele" and the famous vineyards from the old bridge, called "Alte Mainbrücke".

A small selection of events: 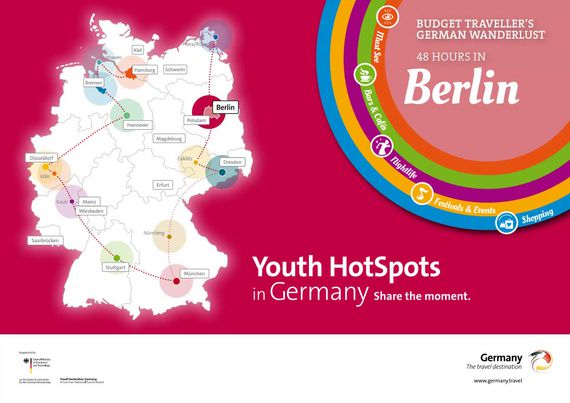 Throuogh use of this site, you agree to our use of cookies. Further information